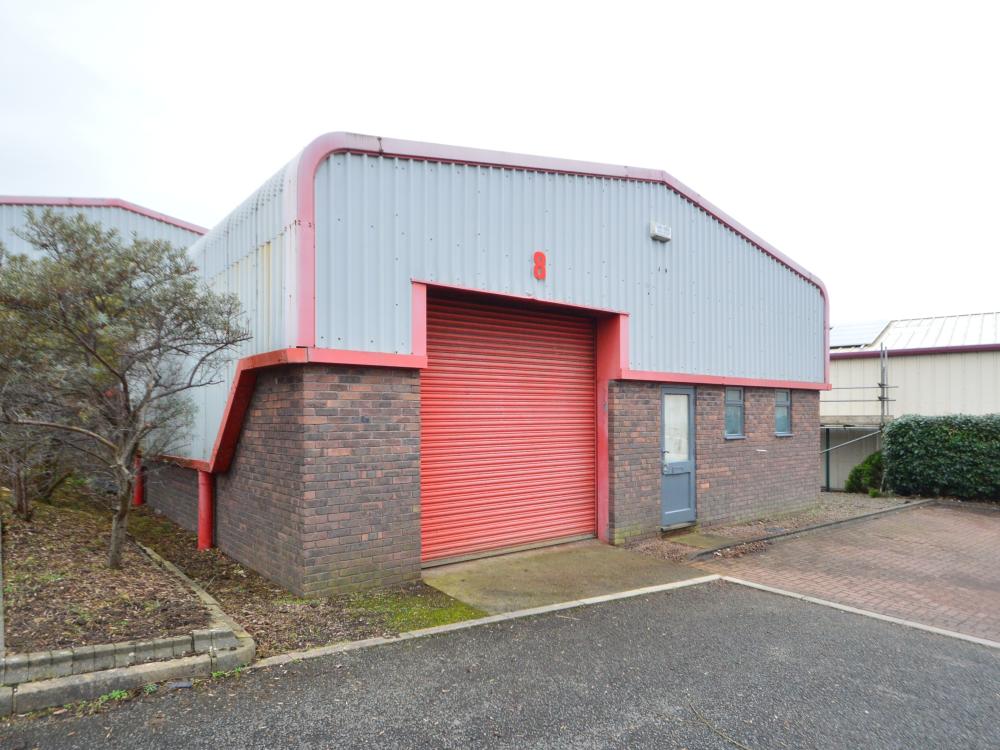 The units are in predominately two terraces with the unit in question being a standalone premises backing onto one of the terraces.  The unit is of steel portal frame construction with brickwork and profiled steel clad elevations, under a pitched profiled roof.  There is internal block work to all elevations, three phase electricity, roller shutter door, personnel access door and toilet facilities.  There is car parking for 3 vehicles.

The units are situated on the Clovelly Road Industrial Estate just off the A39, close to the Atlantic Retail Village.  There are mixed users on the industrial estate including Lidl, Plumb Centre, City Plumbing Supplies and BJ’s Value Store.  Habat Enterprise Park is a development of 12 industrial units.

The unit is available by way of new lease, with short and long term propositions considered upon merit.

We are verbally advised by the Local Rating Authority that the premises are currently assessed as follows:- Rateable Value: £6,200 Rates Payable: £2,988 based on uniformed business rate of 48.2p in the pound.  As from April 2017 properties with a rateable value of £12,000 or less could be eligible to apply for 100% business rates relief.  Occupiers should make their own enquiries of Torridge District Council.

A variety of uses within Class B1, (Business), B2 (General Industrial) and B8 (Storage and Distribution) of the Town & Country (Use Classes) Order 1987.

Each party is to be responsible for their own legal costs incurred in the transaction.

The rental of the units attracts VAT.